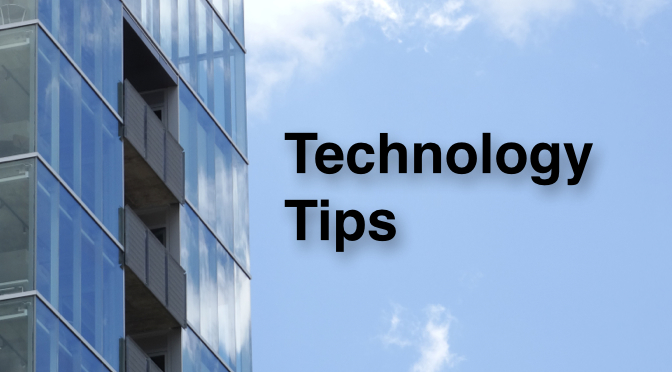 Disruption in Technologies and Services

It’s difficult these days to get any kind of assurance for the longevity of the hardware, software, and services we rely on.  Companies announce new products and services with great fanfare. Consumers buy in, and over years, begin to heavily rely on those new products and the processes we develop for them. They impact our relationships and work life. Then one day, those services or products are discontinued or dramatically changed. This pattern is disruptive to our personal life and work life. What’s sad is that these business decisions aren’t made based on what’s best for society or individuals, they are based on profits. A great product that’s helping people and society will be discontinued if something more profitable comes along (even if it’s not so helpful to society).

On November 5, 2010, after over 8 years of sales and promotion, Apple abruptly announced that their Xserve line of servers would be discontinued on January 31, 2011. 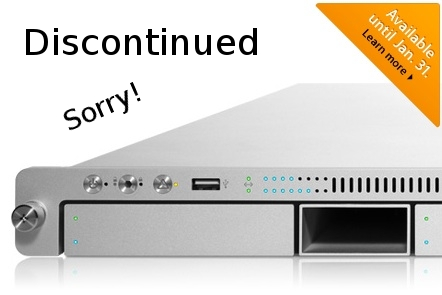 Providing less than a 3-month notice for this change was a shock to those in the industry who generally plan 4 and 5 years in advance. Server farms built on the Apple infrastructure were now at a standstill with regard to hardware continuity. Often facilities are setup and new equipment is phased in over several years rather than all at once. So, this left large installations only partially setup with hardware that would no longer be available. Nobody wants to have a room full of servers that are different platforms.

Another wonderful enterprise-class solution that Apple pulled the plug on was their Final Cut Pro and Final Cut Server video production solution. Again, as with their rack mounted servers, this was another example of a sudden change that would have a huge adverse and disruptive impact on many professionals.

An additional blow to professionals and high-end computer users was the choice to discontinue the Apple Mac Pro computers that provided high-end graphics card options and up to four internal hard drives that could be set to RAID configuration and upgraded easily.

Websites are another complex long-range endeavor. Those who trusted Apple and jumped on the iWeb bandwagon were unpleasantly surprised to learn that Apple would no longer be updating or supporting iWeb.

Another ongoing problem with Apple is the introduction of standards for cables and adapters. Whether power cords, video cables, or hard drive interfaces like Firewire, Apple is constantly changing their mind on what standard to use. New ‘innovations’ result in tons of non-recyclable toxic consumer waste being released into the environment.

True to Apple’s demonstrated corporate practices, there is usually little or no advance notice before these abrupt changes take place. This has caused many people to switch away from Apple and move toward more ubiquitous hardware and software choices (like Linux running on whatever piece of hardware happens to be available).

Yet, Apple isn’t the only company that rolls out long-term innovative solutions, that slowly gain thousands of followers, just before the projects are terminated.

On September 2, 2011, Google announced that they would be discontinuing numerous products. This announcement included blatantly misguided and incorrect statements designed to appease consumers:

By March of 2013, Google made another surprise announcement and brought the number of discontinued services to 70.

When Google discontinued their Google Video service in favor of YouTube, this left thousands of consumers with videos in their cloud and very likely no local copy of those videos from years ago. They had the option to download them before they would be deleted, but for people with many videos stored, this was a huge undertaking. No option was offered to migrate those videos seamlessly to YouTube.

Another example of “wishing it to be true doesn’t make it so” (like Google’s examples above) was Apple’s declaration that they days of the DVD drive are over. Apple discontinued having DVD drives in their desktop and later laptop computers. They imagined that everyone would buy videos from their iTunes store. Yet, consumers have purchased millions of Blueray discs because of the sense of ownership and due to the fact that downloading and storing such high resolution movies would be problematic.

When explaining why their laptop and desktop computers don’t have touch screens, the statement from Apple was that consumers won’t want to reach up and touch a screen. In reality, Apple was ensuring that consumers wouldn’t find all the features they were looking for in an individual product. For example, a MacBook air with touch screen would impact their iPad sales. An iPhone with a larger screen might impact sales of the iPad Mini.

The point of this article is not to bash on Apple or Google, but instead to raise awareness about the state of technology and services we rely on. Consumers and businesses should always have an ongoing plan for how to mange computing and data storage.

One approach to consider is the following. Let’s say you have found an amazing program that let’s you enter your home inventory, or track your weight lifting, or keep track of some other kind of information. If you use a specialized program, your data may end up in a system that won’t let you easily migrate to another when that system is no longer around. If instead you use a spreadsheet, you can later transfer the information to another spreadsheet program if the one you’re using is no longer available.

In other words, look for the simplest effective solutions to your technology needs. This will reduce your risk of disruption from industry changes and abrupt business decisions.

With an operating system like Ubuntu, for example, you get 5-years of long term support guaranteed. The operating system can run on just about any hardware (new and old). So, your’e not dependent upon a certain hardware vendor (like Apple) when you need to find a replacement.

Similarly, if you grow dependent upon a mobile phone operating system like Android,  you can choose from a wide variety of vendors and phones, rather than being locked into a specific hardware vendor who, knowing you’re dependent upon their ecosystem, can charge you top-dollar for what might not be the best product on the market.

Dell offers the Latitude series of laptop computers with a guarantee of long-term support for parts. They also make an effort to have parts such as batteries and CD/DVD drives be interchangeable from one model year to the next. This is helpful for larger enterprises as well as small businesses and individuals.

If you find that you’re increasingly dependent upon complicated systems and software, consider simplifying your life or business rather than letting things grow more complicated and dependent upon expensive proprietary solutions.

These are a few suggestions for better navigating the changing technology landscape.