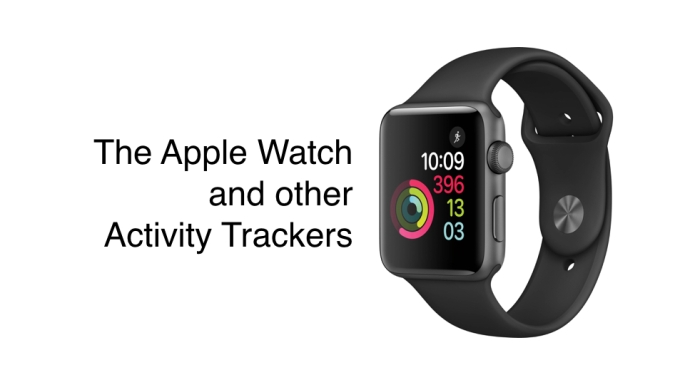 20 Years Without a Watch

Until recently, it had been about 20 years since I’d worn a watch. Back in the 1990s, my classic Casio analog watch cost under $20 and served me well for many years. In part, my desire to stop wearing a watch was a result of not wanting to be so focused on time, and it was one less object of distraction in my field of vision.

In October of 2016, I purchased an Apple Watch which arrived in November of 2016. Recently I had someone ask my opinion of the Apple Watch. Having used it for a few months, would I go back and do it again? In other words, is it a product that seems worthwhile owning. My response was not the typical enthusiastic fanboy reply that I’ve had with some products I own: “Yes! I love it! It’s the most amazing thing I’ve ever owned!” Instead, I had to think a bit. Was it worth it?

What would I advise others about this almost embarrassingly expensive watch? The reply I’ve had from some people when I ask them about their Apple Watch has been “Oh, this? I didn’t buy it. It was a gift.” One person I talked to won theirs at a conference. These people wanted me to know that they would never have made such a frivolous ridiculously extravagant unnecessary purchase. Once over that hurdle, we’re able to talk about the watch. Usually people are proud to show off expensive clothing, handbags, or sports cars, but with the Apple Watch, for some people it seems almost embarrassingly excessive.

In the past, I’d been an early adopter of technologies, buying new technology the moment it becomes available, or even decades before it’s commonly available or used. That’s expensive. My first computer-attached CD drive was a big box that cost $1,200. Today they are $20. My first scanner was $1,200. Today they cost $40. We pay a premium when buying technology early. It may give you a competitive edge in business. Maybe not. Maybe it never catches on. Some buy technology early, without any concern about its longevity, because their purchase is to show others that they are a risk taker or so extravagantly wealthy they need not care about price.

Sometimes early adopters are viewed as ‘chumps’ who pay way too much for products just so they can impress their friends and gain attention by being the “first on their block” with some new technology. This presumably conveys to others that they are wealthy and have “money to burn” on something that has up until recently been so unnecessary as to be nonresistant. For some consumers this may be true. For many people, it’s good advice to avoid new technologies that tend to be expensive, buggy, and possibly short-lived.

As someone in the industry, I like to know about new emerging technologies, and I also like to feel I’m giving back financially to the industry I’m working in. It’s a way of joining with other consumers to tell manufacturers that we collectively want this new product to succeed. It’s what we refer to today as a kick-starter. When I first learned of CD drive technology for computers, I thought, “Hey, this CD drive seems like it might become a big deal.” So, in support of the concept, I bought one, and actually found it quite useful. I suppose the same was true for early adopters of automobiles — those people probably seemed foolish to purchase something that to that point was so unnecessary that it hadn’t even existed before.

It’s been about two years since the Apple Watch came out, and now other similar products are on the market. So, my purchase comes a little late in the product cycle. This article shares what I believe are some of its benefits and drawbacks. I offer this as advice to those thinking about purchasing a fitness activity tracker or wellness wearable device.

A few years ago, when I became interested in purchasing an activity tracker I wanted one that could clip on or fit in my pocket. In July of 2013, I decided on the FitBit One ($80 from Amazon). It has worked well for many years to track my daily activity (steps and stairs climbed) as well as my sleep time and quality. I find that the FitBit website and app provide an excellent comprehensive wellness hub for not just activity, but everything relating to a person’s overall health (exercise, sleep quantity/quality, food consumption, weight, water consumption, etc.).

Yesterday, watching “The Zoo” on Animal Planet, I was surprised to see the FitBit One being used at the Bronx Zoo for tracking activity and behavior of Fennec Foxes. Each fox actually had their own FitBit wellness dashboard where their steps were displayed. Very cool. The FitBit One was an ideal device to use because it’s small, light, very rugged, waterproof, and can be fitted into a collar.

The Apple Watch was first released in April 2015. To me it seemed expensive, a bit bulky, short on battery life, and its functions were limited. I didn’t want to go back to wearing something on my wrist. The FitBit was providing me with activity tracking. My iPhone had all the features I’d ever need. I wasn’t so lazy that I couldn’t reach in my pocket and use my iPhone for anything that the Apple Watch would offer on my wrist, and with the iPhone I would have a much larger screen. At a cost of $350 to $17,000, it seemed to me that the Apple Watch was an expensive unnecessary extravagance that would quickly depreciate and soon be discontinued.

By 2016, it seemed to me that the FitBit ecosystem was beginning to crumble. Here are a few core reasons why I became less enthusiastic about the FitBit system:

I’ve reported the above to FitBit and was told they will take these things under advisement. Since then, multiple firmware updates have been released and numerous app updates have been released. The company doesn’t seem to be interested in fixing the above issues. Becoming less enthusiastic with the FitBit caused me to look at what the Apple Watch might be able to do.

In September of 2016, Apple announced the Apple Watch Series 1 and Series 2 models with some significant improvements over the original model. The Series 1 is the same as the original Apple Watch, but with improved internal computing power and lower price of $269. The Series 2 offers a faster processor, built-in GPS, water resistant enclosure, a brighter display, and other benefits. For $100 more than the Series 1, the Series 2 at $369 seems to be a better value.

Deciding to Purchase the Apple Watch

Which Apple Watch Model to Purchase

With their various products, Apple typically offers some very persuasive reasons for spending a little more on an upgraded product. For example, a bigger screen on the iPhone is just $100 more. Getting 4-times as much memory (up from 32 to 128GB storage) is $100 more. Getting the newest model with improved features and camera rather than last year’s model is just $100 more (Apple offers the previous year product at a $100 discount off the current year). It seems foolish to spend so much money on a phone and not spend a few hundred dollars more to make it an amazingly fast, big, super-duper phone. Their laptop computers, desktop computers, iPad devices, and the Apple Watch have similar pricing that makes you want to get the nicer models for “just a little more money.”

When you visit the Apple Watch purchase and configuration page, you’ll see a list of models, features, and options to choose from:

So, an Apple Watch, Series 2, 42 mm, Stainless Steel Case, with the Apple Care extended service costs about $650 and seems to be a good choice. You can see how it’s fairly easy to reach a price that’s twice the cost of the basic model. Anyone wanting to save a few hundred dollars on the Apple watch could consider purchasing the basic model for $269. Those with less concern about cost, and desiring the latest style can spend $1,300 or more.

Having used the Apple Watch over the past 5 months, here are some of the functions I find useful.

The above functions mostly make use of the built-in functions without additional third party software. For decades, whether using Windows or Apple computers, I’ve made a choice to do as much as I can with the included software. I find computers (or watches) tend to work faster, more reliably, and have a longer battery life. When necessary I’ll use a third party program or app, but I try not to overdo it. I consider how necessary it is, and whether or not I could do something similar with built-in features. I know there are other people who fill their computers, iPads, iPhones, and Apple Watches with hundreds of games, utilities, and programs many of which no longer get used. I try to avoid that other unnecessary clutter. With the Apple Watch, I don’t want too many distractions and pop-ups during the day. I can configure the watch to alert me to just what’s essential.

With regard to activity trackers, smart watches, and wellness wearables, there’s clearly no single obvious best choice for everyone. Each person will have their own needs, budget, and sensibility about what works best for them. I hope the above observations help those trying to decide what to do with their own wearable technology purchase.