This page provided live commentary on the 2016 Apple WWDC Keynote beginning at noon Central Time on 13 June 2016. The event should be available for viewing via streamed video or download through the iTunes as a podcast. The notes below provide a general outline of the event.

Tim Cook began the event expressing condolences for those impacted by the violence this weekend in Orlando.

People at the conference are from over 70 countries. The youngest developer in attendance is a 9 year old girl.

There are over 2 million apps in the App Store with over 130 billion downloads.

Kevin Lynch. Provides an overview of WatchOS. There are performance increases that speed up the watch. Interface improvments save steps. Handwriting recognition allows you to write responses and have them converted to text. Health data can be represented on the watch face along with an analog or digital clock.

Reminders are easily managed in the watch. Find friends is built-in. The handwriting recognition can convert English or Chinese writing into print.

A feature called SOS integrates with 911 services in many countries so your watch will contact the emergency response people in the location where you are. The Medial ID information will be displayed on your watch, and your own emergency contacts will be notified along with a map showing your location.

Activity tracking and motivation are now adaptable for those who use wheel chairs. Prompts such as “It’s time to stand!” can be adjusted to say “Time to roll!”

(1228) Kevin Lynch presenting again. Summarizing the above and talking about new APIs. Support for Apple Pay, fitness apps can run in the background, more animation, audio and video integration, Game Center integration. The preview release for developers is available today. The new upgrade will fee like a new watch and will be available this Fall.

Remote control is provided through an iPhone App for control and gaming.

Siri for tvOS is improved. You can search movies by topic, such as “Find High School Comedies from the 80s.”

Live Tune-in is a feature that lets you speak a request such as “Watch ESPN 2” and you’re taken directly to that channel.

Currently, each app much be authorized when the programming is limited to subscribers of a certain cable provider. There will be a Single Sign on in the future, so all apps will be activated.

Apps download on the iPhone will automatically appear on the AppleTV when there’s an available equivalent app available. The new tvOS will be available in the Fall.

After 15 years, Apple OS X is now being renamed as macOS. The next version to be released will be called macOS Sierra.

The ability to move from one Apple device to another creates a seamless transition when working on tasks as one device picks up where we left off.

Auto Unlock is based on the Apple Watch location and authentication. So, now your computer can automatically let you login.

Copy something on your iPhone and now paste it into your Mac.

Over 10 billion documents are in iCloud today. The goal will be to have all documents, photos, music, videos, etc. on all your devices. A seamless pervasive cloud will make all content available everywhere. Cloud storage can store older files to make room for newer files.

A new file management system helps reduce wasted space. This can free up 130GB of unnecessary files and storage.

Apple Pay will now be available on the web. When you click the “Pay with Apple Pay” button, the computer will authenticate through your secured iPhone or Apple Watch.

Tabs will now be supported in apps.

Picture in picture will let videos continue to play over other programs.

Siri will now be on the Mac. Sophisticated queries for files. Searches can be saved to the Notification Panel. Commands are possible such as playing a certain playlist. Image searches from the web. Copy and paste from the iPad into a presentation is possible. Sending messages can be done through Siri. It’s possible to ask questions such as “What new movies are playing on Friday?”

The Developer Preview is available today. Public Beta in July, then the final update will be available to the public in the Fall.

The new iOS is version 10. Raise to wake makes it possible to see the notification screen. This helps eliminate the problem of skipping past the notification screen when you wake the phone from sleep with your fingerprint. The ability to clear all notifications will be possible. Better controls from the lock screen. Slide from right for camera. Slide from left for widgets. An improved 3D Touch capability, shows a summary widget for the selected app. This summary widget can be added to the widgets from te home screen.

In iOS 10 there is an improved Siri. There are currently over 2 billion Siri requests per week. Siri can go into applications and fulfill requests. Search photos, make payments, request Uber/Lyft, make Skype calls. This works in CarPlay.

Currently, Photos Places allows you to see all photos based on location. With face recognition, you will be able to see photos based on people. With 11 billion computations per photo, it will be possible to find photos based on the content of the photo. Siri can bring up photos of people, trips, groups, topics, etc. An intuitive user interface can help organize the photos.

There is a new tab called Memories that shows events organized with details such as where the events took place, who was there, and events that are related because they are in similar places or with similar people. A video can be created automatically for a Memory event. These videos can be edited and shared. Themes determine what music is used for a video.

Eddie Cue is discussing Maps in iOS. In Navigation, the 3D zooming is automatic and shows you further ahead including traffic conditions. Embedded restaurants are shown with wait times and you can book a reservation in Maps. Turn-by-turn instructions can be shown in the vehicle instrument display area. When you’re leaving a place, you can easily book a ride inside of maps.

There are 15 million subscribers to Apple Music. There will be a new interface. Now playing will be a bolder simpler screen.

Downloaded music will show you what’s on the iPhone. Recently Added shows albums, songs, and playlists recently added to the library. Lyrics are now included. For You offered suggested songs along with a Discovery Mix. Browse provides an insight into recent and important music, curated playlists, and top charts. Radio is live in every country. Beats 1 is becoming the largest radio station in the world. Stations provide genre-based all music stations.

Over 60 million active monthly users. There will be a new interface and notifications.

This is the iOS interface and framework for home automation. A new App called Home will allow for controlling all home automation devices. Commands like “Good night” will close the shades, lock the doors, dim the lights. When you say “Good Morning” the home can be prepared for your morning routine. When someone rings the doorbell, the Home App is awakened, shows you a video of who is at the door, and lets you unlock the door if desired. Geofences can be programmed so when you arrive home, the garage door can open, and the lights can turn on. On the iPad, more controls are shown. The Apple Watch includes Home support as well.

Voicemail transcriptions. Third parties can provide you with a notification of possible spam calls. The Contact card has been upgraded to include various Apps to contact people with, based on your preferred App for each person. Calls can be routed from office systems to the iPhone.

Videos can be seen right in messaging. Photos are easier to access. Invisible ink can be used for text messages or photos. Quick affirmation icons are a tap away. Handwriting bubbles convey handwriting. Neon written doodles can be sent. Full screen effects are available.

Other improvements include split view in Safari.

Swift programming code works across multiple platforms. There are over 100,000 apps that have been built on the Swift code. Swift was made open source in December 2015.

The Swift Playgrounds can help people learn to code. Just like QuickType suggestions, code suggestions are at the bottom of the screen.

Starting in the Fall, Swift Playgrounds will be available for free.

An inpiring video was shared that features what programmers are doing around the world, and what their experience was like when getting started with programming.

Tim Cook is concluding the keynote presentation by reviewing all that was presented. Tim emphasized how technology can make a better world and should enrich people’s lives.

UI Partners is a program through the University of Iowa that offers website and technology consulting to Iowa businesses. This page offers some general information about the program. To learn more, visit the UI Partners website or contact UI Partners to get started.

UI Partners was created by the University of Iowa specifically to help small Iowa companies innovate and grow. UI Partners works directly with businesses to solve their information technology (IT) challenges, using practical insights and ideas drawn from University faculty, staff, and students.

UI Partners consults with small businesses throughout Iowa on their IT needs, such as creating websites, managing databases, e-commerce or general tech support, as well as general business planning. This translates into projects that student interns or apprentices could work on, allowing UI students to build their resumes while also connecting with innovative Iowa businesses.

To support Iowa’s entrepreneurs, targeted technology training is available through the University of Iowa’s Dev/Iowa programs.

The UI Partners Business Survey helps gather the essential information about a business to provide the best services possible.

UI Partners has a student employment program to assist college students in obtaining real world technology experience. Students get to work with multiple businesses to assist with IT and business strategy projects. Learn more or Apply Now.

UI Partners offers resources and training to help new and established business thrive with the technology solution that’s developed for their needs.

UI Partners was created by The University of Iowa specifically to help small Iowa companies innovate and grow. They work directly with businesses to solve their information technology (IT) challenges, using practical insights and ideas drawn from University faculty, staff, and students. They are working to create a statewide network of integrated engagement centers to assist small businesses.

To support Iowa’s entrepreneurs, targeted technology training is available through the University of Iowa’s Dev/Iowa programs. Training opportunities include guest speakers, weekend workshops, one week programs and the intensive Dev/Iowa Bootcamp. Below is a video from the Dev/Iowa Bootcamp 2014.

UI Partners is a division of the Office of the Vice President for Research and Economic Development. 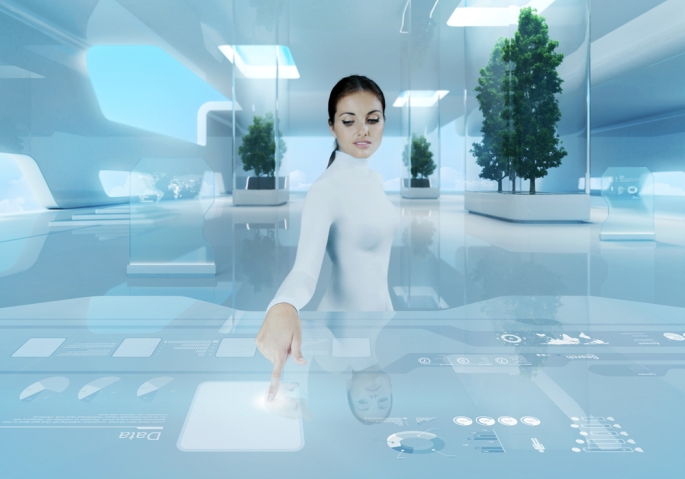 As digital technologies become increasingly ubiquitous in our lives, how they are designed can have significant impact on society. The 2014 Obermann Working Symposium, Designing the Digital Future: A Human-Centered Approach to Informatics, November 7-8, 2014, will showcase, a human-centered approach to technology.
This bottom-up approach gives those affected by technologies a voice in their design, seeking to empower rather than replace people. It is a growing multi-disciplinary area within the larger field of informatics that intersects with narrative, the arts, collaborative learning, dance, diversity, social justice movements, values sensitive design, visual thinking, and more.
All events will take place at FilmScene and the University Capitol Center in downtown Iowa City. For a full schedule and registration, visit us at DESIGNING THE DIGITAL FUTURE.

Organized by Juan Pablo Hourcade, UI Computer Science professor, and Teresa Mangum, Director of the Obermann Center for Advanced Studies, in co-sponsorship with the Iowa Informatics Initiative, College of Liberal Arts and Sciences, and departments across the University of Iowa.

The above event is being sponsored by the Oberman Center and is being posted here for further distribution. For more information, contact Erin Hackathorn at the Obermann Center, 335.4034 / erin-hackathorn@uiowa.edu.